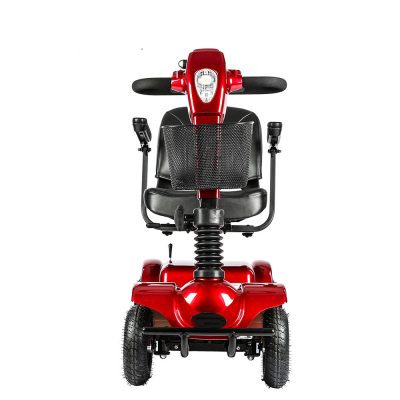 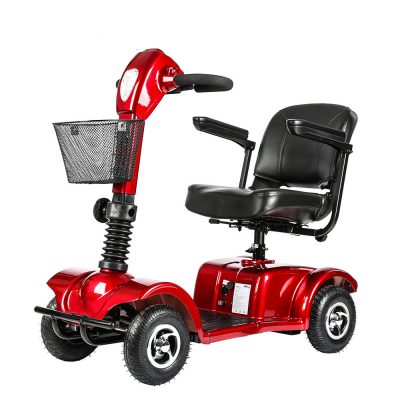 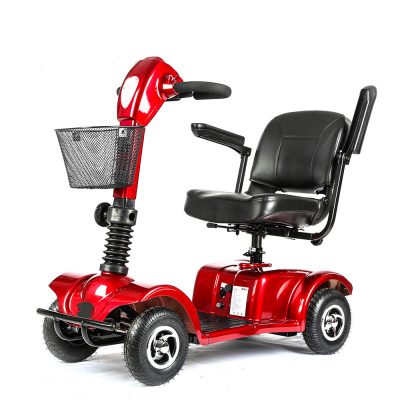 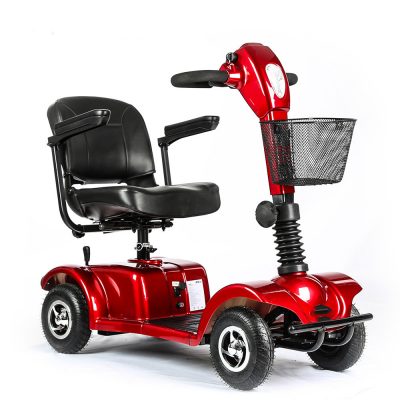 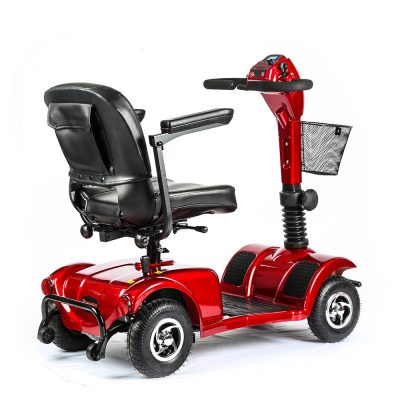 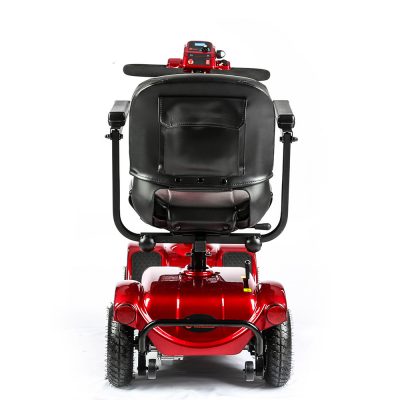 Four-wheeled scooter configuration:
The electric scooter is mainly composed of four parts: controller, motor, battery, charger and body part.
Briefly speaking, the controller is composed of peripheral devices and the main chip (or single-chip microcomputer). Peripheral devices are some functional devices, such as execution, sampling, etc. They are resistors, sensors, bridge switch circuits, and devices that assist single-chip microcomputers or application-specific integrated circuits to complete the control process; single-chip microcomputers are also called microcontrollers, which are integrated on an integrated chip. Memory, decoder with signal language conversion, sawtooth wave generator and pulse width modulation function circuit, as well as the power tube of the switching circuit can be turned on or off, and the on time of the power tube can be controlled by the square wave to control the motor speed The drive circuit, input and output ports, etc. are integrated together to form a computer chip. This is the intelligent controller for elderly electric vehicles. It is a high-tech product that appears as a “fool”. The design quality and characteristics of the controller, the function of the microprocessor used, the power switch device circuit and the layout of peripheral devices, etc., are directly related to the performance and operating status of the vehicle, and also affect the performance and efficiency of the controller itself. Different quality controllers, used in the same car, equipped with the same set of batteries in the same charge and discharge state, sometimes show a big difference in continued driving ability.
Accumulator
The models are specified as 12V7AH, 12V8AH, 12V10AH, 12V10AH (high capacity), 12V20AH; electric hub models include: brushed and toothed high-speed electric hub (referred to as high-speed motor or sound motor), brushed and toothless low-speed electric hub (referred to as low-speed motor or Silent motor) and brushless gearless program motor (program motor for short); the controller is classified into four types according to the control method: full-motion, intelligent, dual-control and non-zero start-up. The control system consists of the main controller and the instrument It is composed of display, speed control handle and brake power-off handle. Its main functions include stepless speed control, brake power-off protection, under-voltage protection and over-current protection. The chargers are classified into lotus plug type and ordinary type according to the output plug. Computer plug type, special computer plug type. According to the charging performance, it is classified into ordinary online maintenance chargers and fast charging online maintenance chargers. According to the charging voltage, it is classified into 36V and 48V.
Motor
The commonly used motors for elderly electric vehicles are generally DC motors, which are classified with and without permanent magnets. There are two types of permanent magnet motors and series motors. The rotating part of the motor is called the rotor, and the non-rotating part is called the stator. One of the rotor or stator of a permanent magnet motor is a permanent magnet, and the other is a package made of enameled wire; the rotor and stator of a series-excited motor are both packaged of enameled wire. For motors of the same power, permanent magnet motors are more power-saving than series motors. The magnet of permanent magnet motor is afraid of high temperature, and the poor quality will demagnetize at 110 degrees, and the good one can reach 140 degrees; the series motor has no permanent magnet, so this problem does not exist. Elderly electric vehicles on the market generally have a motor power of 400 watts to 900 watts, and all use series-excited motors, which are brushed motors. About 300 watts is enough for the three-wheel drive, and permanent magnet motors are generally used. Elderly electric bicycle motors are generally 180 watts-250 watts. 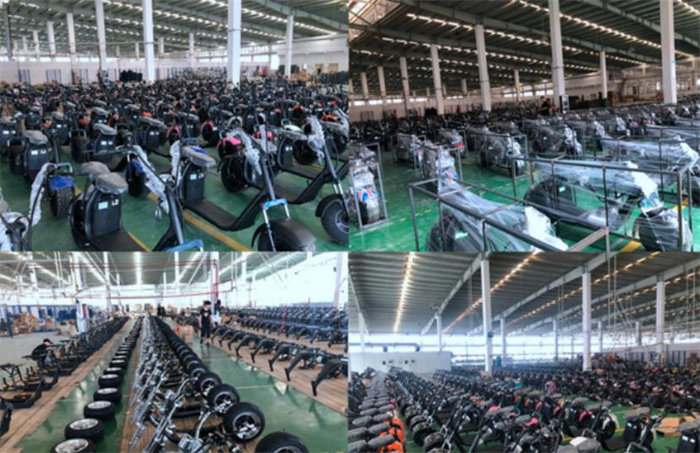